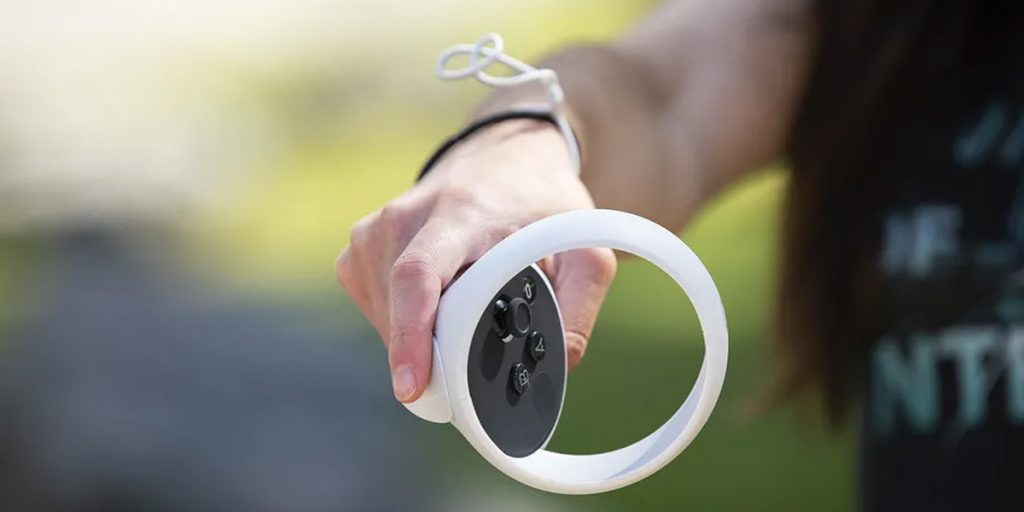 Facebook (which is now called Meta) knows a lot of virtual reality headset owners hate logging in with Facebook. Requiring Facebook logins created bad blood almost immediately and even accidentally locked some people out of their Quest VR hardware in late 2020. And at today’s Connect keynote, Meta CEO Mark Zuckerberg hinted the restriction might be ending. But his comments raised more questions than they answered, and we still don’t know exactly what they mean.

Zuckerberg mentioned the changes while talking about work applications for VR. Here’s what he said:

“As we’ve focused more on work, and frankly as we’ve heard your feedback more broadly, we’re working on making it so you can log into Quest with an account other than your personal Facebook account. We’re starting to test support for Work Accounts soon, and we’re working on making a broader shift here within the next year. I know this is a big deal for a lot of people. Not everyone wants their social media profile linked to all these other experiences, and I get that, especially as the metaverse expands. And I’ll share more about that later.”

Oculus Quest headsets — which will soon be known as Meta Quest headsets — have required a Facebook account since 2020. (Until the Quest 2’s release that year, users could choose to log in with either Facebook or a separate Oculus-branded account.) Some information gets shared across the services, and you’ll see Facebook social options in VR, although you can maintain separate user profiles and friends lists. This choice was so controversial that it apparently helped inspire Meta’s rebranding. Zuckerberg told Stratechery’s Ben Thompson that the backlash added a sense of “urgency” to get Facebook’s name off the company as a whole. Meta CTO Andrew Bosworth also noted the issue after Connect. “As we’ve heard feedback from the VR community more broadly, we’re working on new ways to log into Quest that won’t require a Facebook account, landing sometime next year. This is one of our highest priority areas of work internally,” Bosworth wrote in a Facebook post today.

But there’s a wide spectrum of possible changes that Meta could make, and only some of them would address critics’ underlying complaints. Facebook has so far committed to one limited change: if you use the enterprise-oriented Quest for Business program, which will begin testing in the coming months, you’ll be able to sign in with Facebook’s recently announced Work Accounts system. Businesses had a similar option under the earlier Oculus for Business program, so this is more of a feature reshuffling than a practical advance. Zuckerberg and Bosworth suggest that’s not the only change we’ll see, but Facebook is being cagey about the details. When I directly asked if users will be able to log into Quest headsets (or the Horizon “metaverse” platform) using something besides a personal Facebook account or a Facebook Work Account, a spokesperson only reiterated Zuckerberg’s statement.

Facebook’s “broader shift” could involve little more than renaming “Facebook accounts” to “Meta accounts” or “Horizon accounts.” And any version of it will probably ask you to handsome data to Facebook. But a more meaningful change could address a few major issues. Initial setup requirements. Zuckerberg committed during Connect to letting you sideload VR apps from outside Meta’s official store, but you currently can’t reach that point without a Facebook-based initialization process. While it doesn’t seem incredibly likely, Meta could introduce a bare-bones setup that offers basic headset features without creating any kind of account — so you could sideload media the way you would on a laptop or other electronic device, bypassing the online Meta/Facebook ecosystem. Logins for schools, festivals, and other non-business organizations. Lots of schools, film festivals, and other organizations use VR headsets. Typical business accounts won’t necessarily provide the best fit, and neither would personal accounts of any type — even if they’re not specifically Facebook personal accounts. Facebook has acknowledged and promoted all these use cases, so Meta is probably at least thinking about this issue.

Public-facing profiles and “real” names. Joining Facebook means creating a profile that makes your “real” legal name (along with some limited profile data) accessible to anybody else on Facebook. Even if you provide a credit card with your name for internal app purchases, any meaningful login change should let you create a Meta account that nobody else can look up, and like non-Facebook Oculus profiles, it shouldn’t use your legal name as your default username. Data partitioning. Even if you log into Facebook and your Quest with different accounts, the same company owns both of them. Facebook has long reserved the right to cross-check different accounts against each other so it can ban spammers or stalkers from multiple services at once. But Meta should let you explicitly silo the data in each account — so there’s no risk of your Facebook News Feed engagement generating recommendations on the Quest store, for instance, or of Facebook revealing a pseudonymous VR friend’s identity by recommending that you follow their Facebook account. Meta is clearly aware of the critiques of its account policies. But based on executives’ statements so far, it could be months until we hear more about its plans for addressing them.