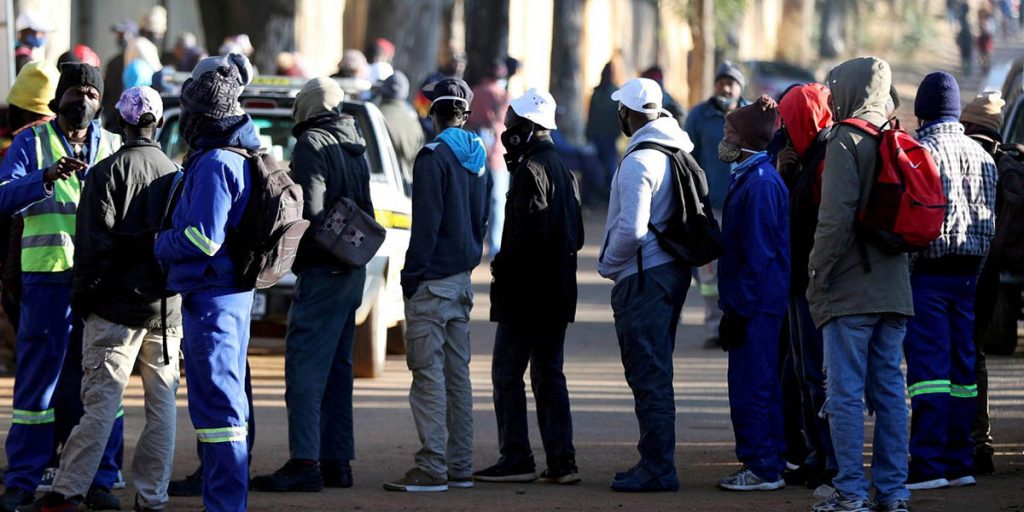 With a strengthened entrepreneurship ecosystem, the increasing number of startups in the country could become an engine of job growth, according to the analysis.

The report, the latest edition of the World Bank’s South Africa Economic Update, looks into the impact of the Covid-19 pandemic on the labor market of one of Africa’s biggest economies and how supporting young entrepreneurs could address unemployment.

Unemployment in South Africa is at a record high

South Africa’s unemployment rate rose to a record high of 32.6% in the first quarter of this year. More recently, the worst protests in years in the country last month, sparked by the arrest of former president Jacob Zuma, had underlying issues such as widespread unemployment, inequality, and low income levels.

A vibrant start-up sector could help close the self-employment gap, but for the country’s entrepreneurship ecosystem to reach its potential, it recommends relaxing legal constraints and rules that prevent the development of this area, and scaling up programs that provide entrepreneurial training and startup grants to address other barriers to entry.

“By improving the business climate, the entrepreneurship ecosystem, and access to financing, as well as investing in skills, the government can encourage self-employment and support the growth of micro-and small enterprises,” writes Marie Francoise Marie-Nelly, the World Bank’s country director for South Africa, Botswana, eSwatini, Lesotho, and Namibia.

For entrepreneurship to swiftly reduce unemployment, the South African government needs to make labor laws more flexible for small companies and it should not treat small companies the same way as large corporations, says Sheraan Amod, the founder and CEO of RecoMed, a Cape Town-based healthcare startup.

It can become cumbersome for a small company to deal with similar policies as those for larger companies, he says, as small companies take time to understand their business and grow. “The current nature of labor laws can cause companies to grow more slowly than they should particularly at the early stages,” he tells Quartz.

South Africa has a flourishing startup ecosystem. Eighty-one tech startups in the country raised a total of $142,523,000 last year, according to Disrupt Africa, a website that tracks African startups. Its digital sector in general is big too as Cape Town alone has more than 450 tech firms and more than 40,000 employees in the space.

A 2019 survey on African youth found that among people from the countries surveyed—Ethiopia, Gabon, Ghana, Kenya, Malawi, Nigeria, Rwanda, South Africa, Zambia, and the Republic of the Congo—South Africans were the least entrepreneurial, with 47% of the respondents intending to start a business in the next five years. This is compared to an average of 76% in the countries studied, with the top countries being Malawi, Togo, and Senegal at 90%, 90% and 88% respectively.

Ivor Ichikowitz, chairman of the Ichikowitz Family Foundation, which commissioned the survey, says South Africa needs to overcome “some serious structural challenges” in order for entrepreneurship to solve South Africa’s job crisis. One key issue, he says, is lack of an education system that prepares the youth to become digital entrepreneurs. Many private sector initiatives are training people in science, math, and technology in schools, he says.

“There are centers of excellence that really are getting this right but if government and the education system is able to up the ante just a little bit, the change will be exponential,” he says.