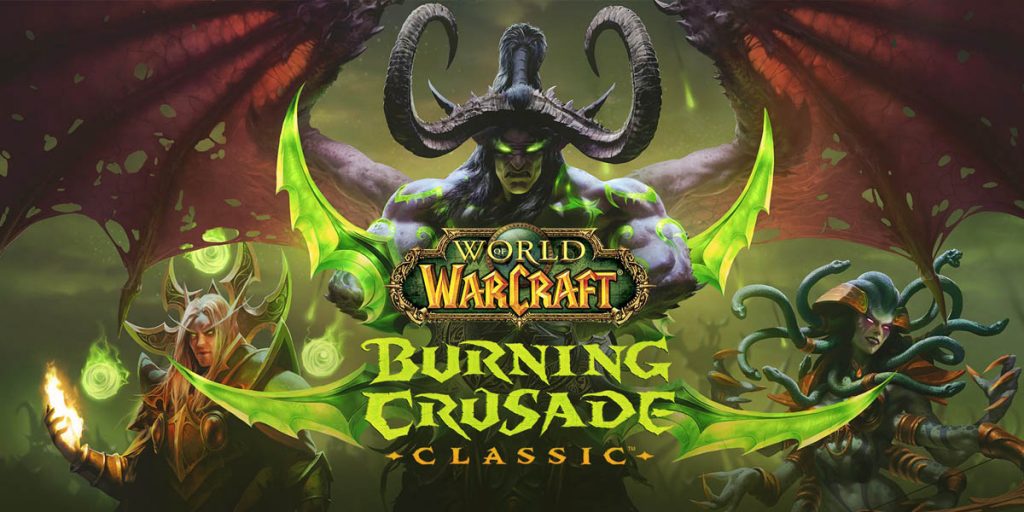 After World of Warcraft successfully relaunched its original “vanilla” client in 2019, fans began wondering whether the WoW Classic universe would eventually march toward expansion packs—like the unofficial WoW Vanilla community had already done. That question was answered earlier this year with news that the official WoW Classic line would indeed adopt 2007’s Burning Crusade expansion sometime in 2021.

Blizzard firmed up this plan’s timeline on Thursday, confirming that WoW Classic’s Burning Crusade transition will kick off on June 1. Just like with 2019’s launch of WoW Classic, anyone who pays for an ongoing WoW subscription will get full access to WoW Burning Crusade at no additional cost.

Today’s news also clarifies the game’s march toward “Classic but newer”—it understands that some players may not want to stomp toward new zones like the Outland or new character species like the Blood Elf and Draenei. If you’ve already been playing WoW Classic since its 2019 launch, you’ll be prompted starting on May 18 to peruse a new “cloning” feature, designed to let you do something with your current characters. The default is to pack that character up and move it to a newer Burning Crusade server, thus deleting its pre-expansion state. You can also lock an existing character so that it is not moved forward to a Burning Crusade server, or you can split the difference and have two versions of a beloved character: one on an older server, trapped forever in a pre-expansion bubble, and one on a newer server, ready to march alongside the ever-moving tides of darkness.

This is probably a good time to work out your preferences, along with those of your WoW Classic-loving clan, and decide how far into WoW’s past you’re willing to go. The fact that Burning Crusade is being propped up suggests that the Blizzard Classic team isn’t done here; the folks at Blizzard Classic might also one day do the same for 2010’s tremendous Cataclysm expansion (which, honestly, is where I hope they stop). Of course, if you’re the kind of old-school MMO player who makes time to juggle characters on two servers for two different expansion packs of the same game, Blizzard has your back.

Unfortunately, the May 18 pre-patch launch also leaves a certain class of player crunched for time: those who are eager to roll a new Burning Crusade character, particularly in the Blood Elf and Draenei races, and want to grind that character up to level 60 in time for the formal June 1 launch. Why exactly Blizzard didn’t pad this time out for at least another week or so is beyond us.

And if you’re wondering what to expect from WoW Classic’s tiptoe toward Burning Crusade, stroll down memory lane with Ars Technica’s review of the expansion when it was only two weeks old. The existing WoW Classic client is proof positive that Blizzard Classic is leaving well-enough alone, so it’s truly back to 2007 here. Hence, apply rose-tinted glasses of nostalgia (or, ahem, rose-colored goggles) as you see fit—especially as we count down the days as another good-looking Blizzard Classic project, Diablo II Resurrected, continues its own vague march toward a release in “2021.”