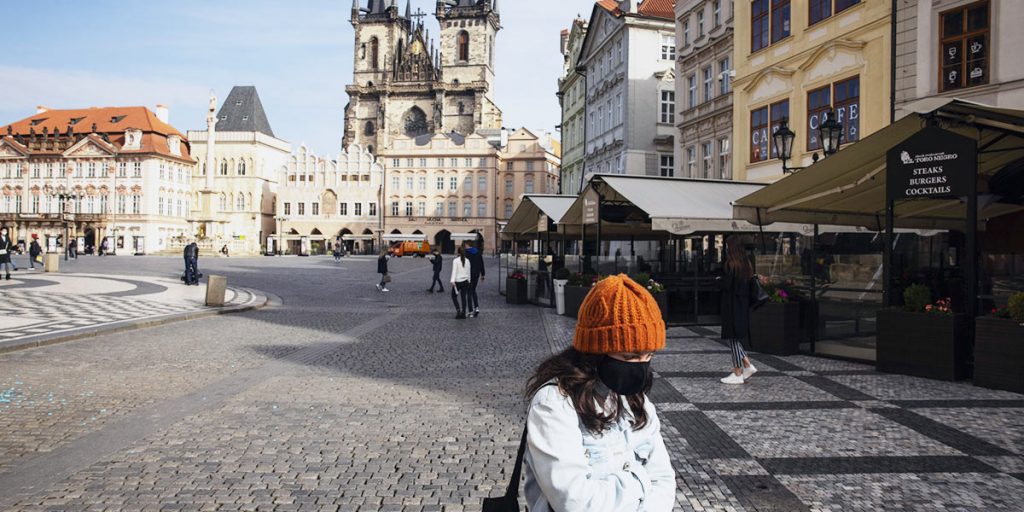 Eastern European countries are easing lockdown measures to mollify their frustrated citizens, even as the region remains the world’s most deadly area for the coronavirus pandemic.

The lifting of restrictions and those still in place vary in the more than dozen nations stretching from the Baltic to the Black Sea, with the rapid spread of new virus variants and botched vaccine roll-outs pushing hospitals to the brink. Nine of the worst 10 nations for Covid-19 fatalities are now former Soviet satellites.

The Czech Republic, which leads the globe in overall deaths per capita from the virus, scrapped a night-time curfew and a ban on travel between counties on Monday. In-class learning resumed in the lower grades of primary schools, but most restaurants, stores and cultural venues stay closed. The pandemic has killed almost 28,000 of the country’s 10.7 million people.

“We are triggering the movement of a huge number of people so we really need to be careful,” Czech Prime Minister Andrej Babis said on Sunday. “I understand that everybody is impatient and wants to return to normal as soon as possible, but I’m appealing to all of us to be reasonable.”

Bulgaria is allowing a limited numbers of guests to return to indoor eateries, pubs, theaters, cinemas and concert halls.

The Balkan country has the second-highest 14-day Covid-19 death rate in the European Union, behind Hungary which, as it implements one of the EU’s fastest inoculation campaigns, reopened shops and services last week despite warnings from doctors.

“We’re seeing the first steps toward the end of the third wave of the coronavirus in our country,” Bulgarian Health Minister Kostadin Angelov said April 9.

Slovenia reopened most services, stores, kindergartens and schools after an 11-day lockdown, but “we are not out of the woods yet,” Health Minister Janez Poklukar said. A curfew that had been in place since October also ended on Monday, while limits on domestic travel remain in place.

Lithuania removed restrictions on movements within the country last week, but the government scrapped an earlier plan to reopen shopping malls on Monday as the spread of the British coronavirus strain accelerated.

The region’s biggest nations are keeping restrictions intact for now. Poland, the EU’s largest eastern member with 38 million people, reported its highest daily death toll of 954 on Thursday. It will decide this week whether to extend the curbs beyond April 18, with the Health Ministry describing the situation in hospitals as “still difficult.”

Romania isn’t planning any easing before June 1. The numbers of daily infections have stabilized at around 5,000 to 6,000 last week, but hospitals are seeing a record number of patients in serious conditions.

Some countries are experiencing spikes in new cases similar to that seen in the Czech Republic early this year. Authorities want to avoid repeating the mistake made when they reopened shops and pubs before Christmas, which was quickly followed by a surge in contagion.

“The situation in the Czech Republic is significantly improving, but we still have high numbers,” said Rastislav Madar, an epidemiologist and a member of the government’s advisory council. “We need to be prudent and cautious. Things have been rushed several times before.”