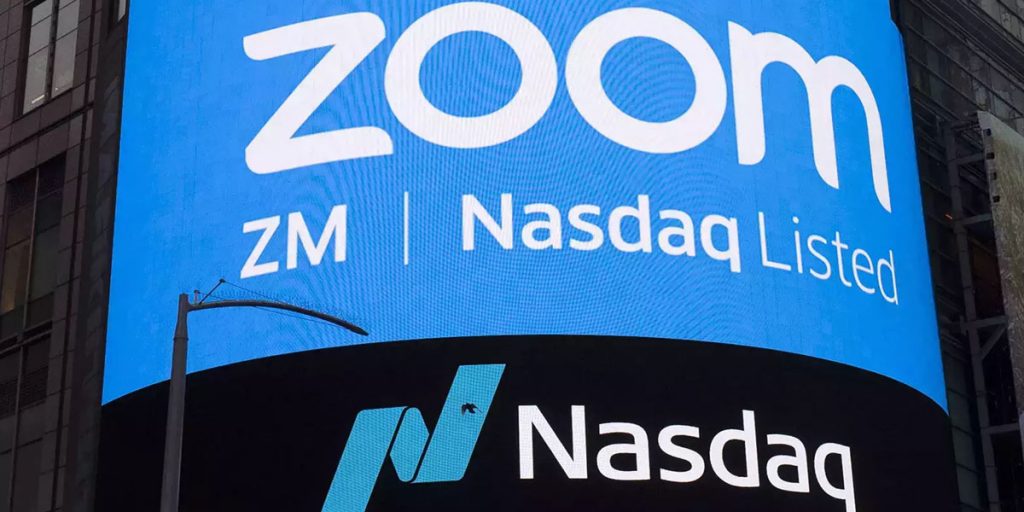 Zoom Video Communications Inc (ZM.O) posted its first billion-dollar revenue quarter but signaled a faster-than-expected easing in demand for its video-conferencing service after a pandemic-driven boom, sending its shares tumbling 11%. The company on Monday forecast third-quarter revenue between $1.015 billion and $1.020 billion, compared with the analysts’ average estimate of $1.013 billion, according to Refinitiv data. That indicates a rise of just about 31.2% from a year earlier, compared with multiple-fold growth rates in 2020 when the COVID-19 crisis had turned Zoom into a household name due to the rise of remote working and schooling.

“We had expected that (the slowdown) towards the end of the year, but it’s just happened a little bit more quickly than we expected,” Chief Financial Officer Kelly Steckelberg said on an earnings call. Zoom has faced pressure this year as vaccinations encourage schools to reopen and more companies to bring employees back to offices. Competition from legacy platforms such as Cisco’s (CSCO.O) Webex and Microsoft (MSFT.O) Teams have also dented its efforts to win bigger contracts from businesses. Zoom said it expects a decline in revenue from customers with 10 or fewer employees. This group consists mainly of small and medium businesses which pay bills monthly.

It forecast third-quarter adjusted earnings between $1.07 and $1.08 per share, compared with expectations of $1.09 a share. Analysts said the company would try to arrest the growth slowdown by aggressively spending on expansion and ramping up its platform and Zoom Phone – its cloud-calling product for businesses. Zoom recently announced the buyout of call-center software maker Five9 for $14.7 billion in its largest deal, and Kites GmbH, a firm that helps in real-time language translation. It posted a profit of $1.04 per share in the second quarter on revenue of $1.02 billion, both of which were higher than estimates.