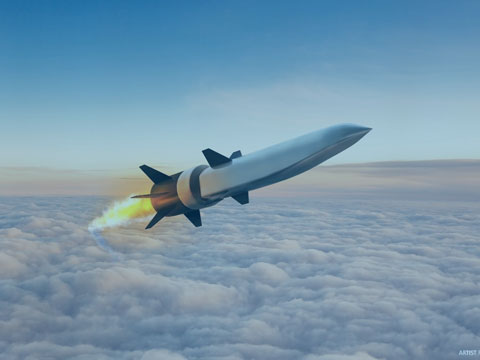 Hypersonic air travel is anything that travels at Mach 5, or five times the speed of sound. The U.S. was once a leader in developing supersonic and hypersonic technology but has taken “our foot off the gas,” according to Mark Lewis, executive director of the National Defense Industrial Association’s Emerging Technologies Institute.

Watch the video to find out more about how the U.S. fell behind Russia, China, and possibly North Korea, and how we’re spending billions to catch up.

Hypersonic air travel, for both military and commercial use, could be here within the decade. The $770 billion National Defense Authorization Act signed into law Tuesday calls for investing billions into hypersonic research and development, making them a top priority for Washington. The next step is congressional approval to allocate the money for the technology to the Pentagon.